A viral video shows a woman, Vicky White, who works at a correctional facility, assisting a male inmate in escaping.

A CCTV camera captured the moment she left the door open, allowing the prisoner known as Casey White to escape while still wearing handcuffs. 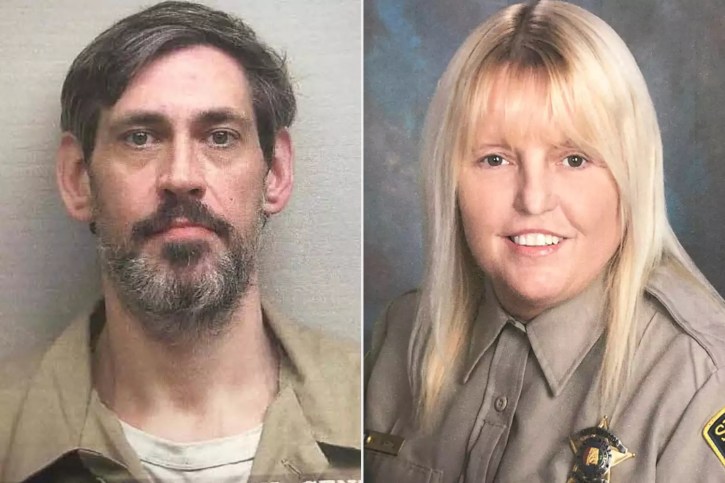 ccording to reports, she sold her house for $100,000 and withdrew the entire amount, which she then used to flee after breaking the inmate out of prison.

The correctional officer and the inmate share a surname but are not related. She is also said to have gone AWOL, and her whereabouts are still unknown 5 days later.

”This lady (correctional officer) sold her house for 100k, withdrew it all and snuck this 6’9 260 lbs inmate out of prison and hasn’t been heard from in 5 days”, the clip was captioned.