Recall that upon emerging as the Head of House, Chi Chi secured a vital spot at the grand finale, and by virtue of the veto power conferred on her by Biggie was asked to pick two housemates who will join her at the finale.

Chi Chi subsequently picked Phyna and Daniella which gave them an automatic ticket to the grand finale.

Be it as it may, after viewers from across the world gave their votes, Adekunle, Bella, and Bryann cruised to the final.


Now, Phyna, Daniella, Chi Chi, Adekunle, Bella, and Bryann are left to compete with the N100M grand prize. Chizzy and Rachel as riders can’t emerge winners according to Biggie.

Sheggz had the lowest number of votes followed by Groovy, then Hermes.

See the chart below: 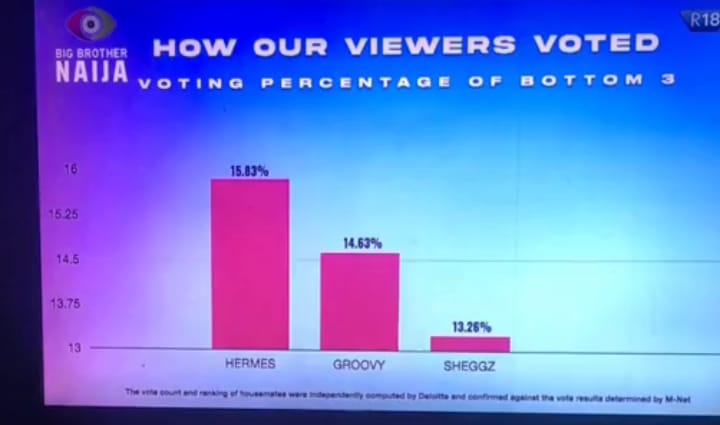