While she didn’t state details about the incident, the thespian called on fans to help thank God for saving her life. According to Mama No Network, God is faithful to her and her crew members.

The Yoruba actress revealed this via her Instagram page, while sharing a photo of a damaged car. She wrote:

“Help me thank God for his countless faithfulness over me and my crew yesterday”. 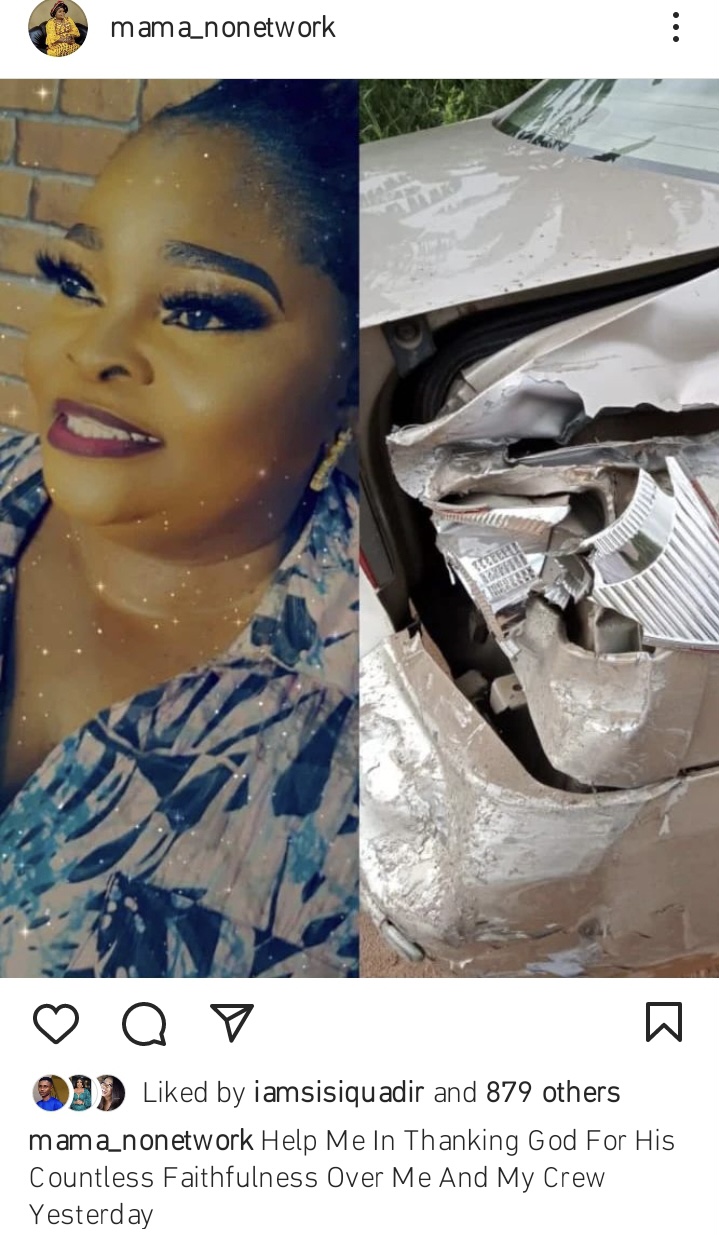 Chieme was involved in the accident while driving back from Alabama to Atlanta, in America.

In a post via his Instagram page, the music star, whose song ‘Hapuya, like that’ was a major hit, shared how God saved his life after his Range Rover exploded on the high. He wrote:

“God did it. Yes, he saved my life. I am grateful to God. My Range Rover exploded while I was still in the car driving on the high way back from Alabama to Atlanta.”

The road accident caused the vehicle he boarded to go up in flames and the actor who still appeared to be stunned but relieved shared a video of the mishap.

In the video the actor kept appreciating God for sparing his life as he captured the scene showing how the vehicle continued to burn despite intervention by firemen.